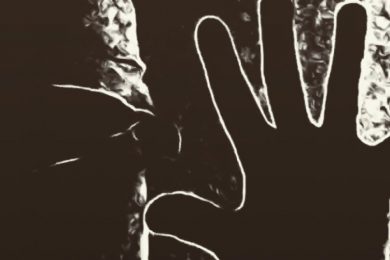 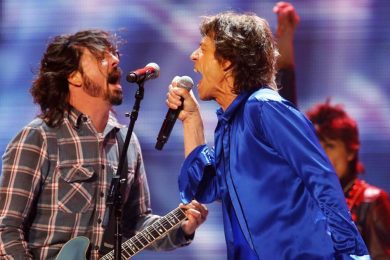 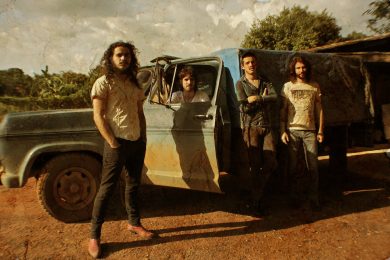 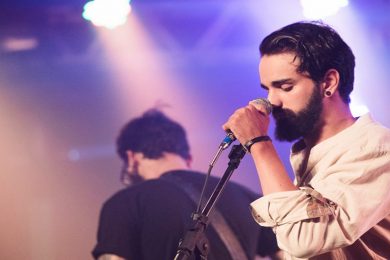 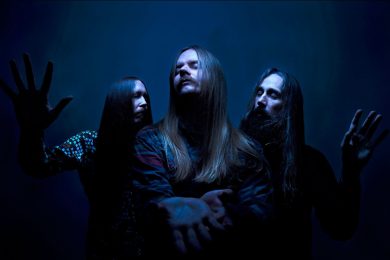 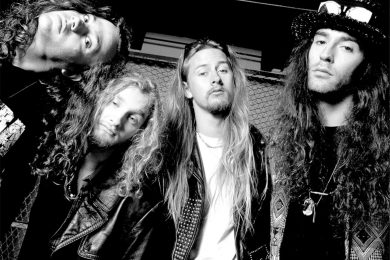 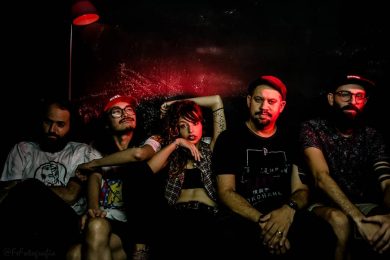 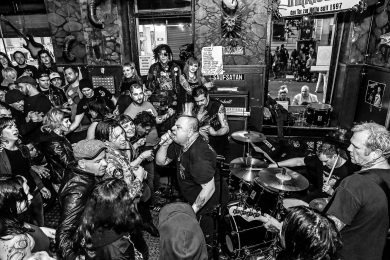 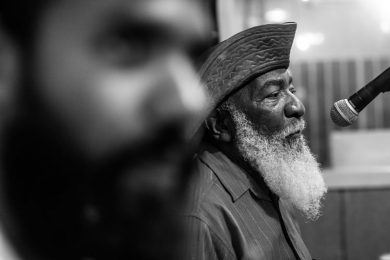 Even though punk rock refuses nostalgia by principle, it’s impossible to any aficionado not to imagine themselves there, watching the movement outbreak by the end of the 70’s, with several emblematic names being just pimply kids with guitars, playing to zero people at empty pubs, but with a constant feeling that something greatly refreshing would burst out of it anytime. Now, let’s do a fast skip to the next generation: the hardcore genesis took place right there, in the same England soil, with powerhouses like Discharge taking to chaotic/antimusical limits the before-known as “radicals” precepts instituted by Pistols and Clash, and so creating a new form of art expression, transforming the 24/7 boredom into pure sonic aggression, and established the crazy ride towards total extremism which only became stronger over the years. This whole scenario paves the way to the beginning of The Varukers, whose first K7-registered compositions have received a very special reissue: The Demos – Anniversary Edition, printed in Brazil last year by Criminal Attack Records. The tireless Anthony “Rat” Martin chatted with Monophono and told us a bit about the past (demo times), present (Covid) and future (forthcoming projects). It’s time for a punk legend to do the talking.

Rat: Rat, back in the 80s, was still me, but just younger and thinner (laughs)!

Monophono: The transition from ’77 punk rock to hardcore, a faster and heavier form of music, was already full throttle back in those days. Was the band aware of that? Has the proximity with acts like Discharge or GBH helped Varukers to find its own sound and personality?

Rat: Yes. Well, obviously the early punk influenced us greatly, both in spirit and songwriting; but the original drummer Garry Moloney and I got into the heavier stuff straight away! So, that sought of crept into what has become later The Varukers distinctive sound and style. 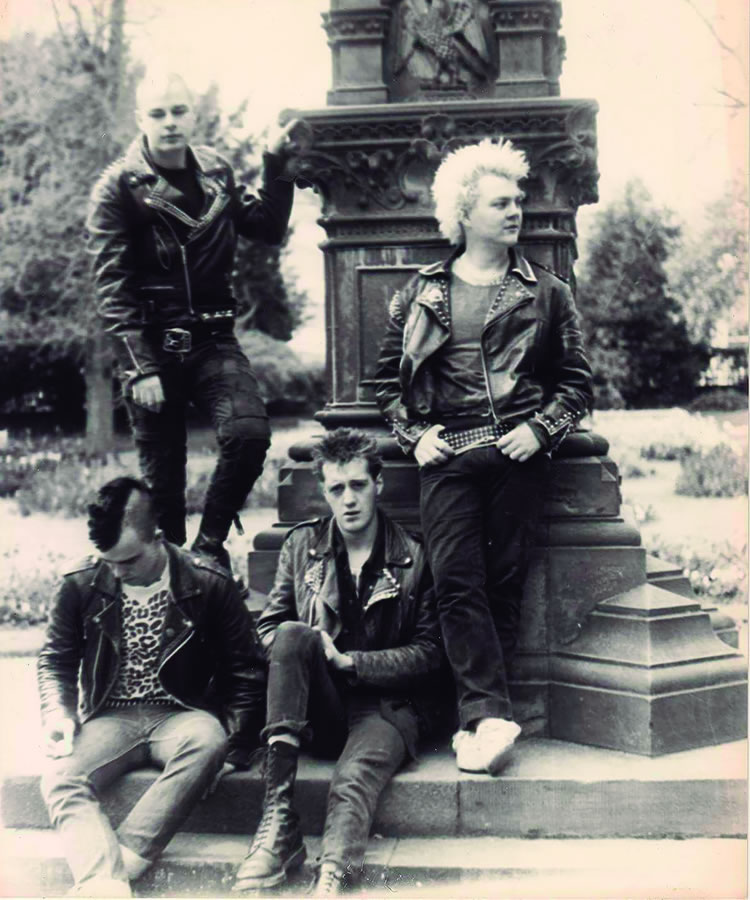 Monophono: How has the “hardcore spirit” developed inside of you? Was the first generation of punk bands still a reference or something that you were trying to outcome?

Rat: As I said before, the early spirit and music of ‘77 punk rock was very much a reference for us – it’s what made us decide to form a band, in the first place. And it is still with us ‘til this very day, along with the heavier elements of punk, which has come along later – I suppose that’s what created what we know today as the “82 sound”. Nothing wrong with mixing things up; on the contrary, it forms what I call it a “punk cocktail”.

Monophono: What were your expectations when reuniting the first Varukers line-up? Was it already clear that you guys were in that to create your own music or the fun of being in a band was the greatest motivation of all?

Rat: There was no expectations at all when we reunited The Varukers – we just wanted to make good punk records again, some touring around the world, meeting up with great people and have a blast doing it; and I think we have – and will – continue to achieve that. 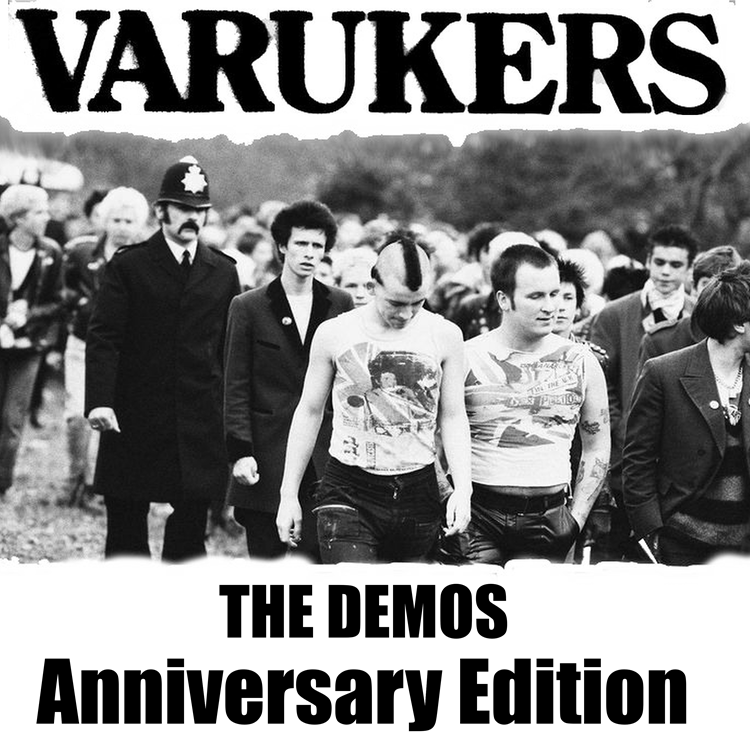 Monophono: Were these demos your first studio experience? How can this lack of expertise help or disturb the process of recording?

Rat: Yes, it was (our first recording time). The process of doing demos is usually any band’s initial experience in a studio… It seems like a natural progression of things: write some songs, get a few gigs under your belt, then go into the studio and record your material. From passing those tapes around, hopefully someone would come up interested to release it, or, if nobody does, then put a record out yourself! We were lucky that Inferno, a label from Birmingham, heard our demos and offered to release our first vinyl register – “The Varukers” EP, in 1982.

Monophono: When you guys entered the studio, was the whole material already written? How a young punk band deals with a small budget and the limited possibilities that comes along with it?

Rat: In the early days, most of the material was already written; it was a period that you had to practice even harder to make sure you knew what you were doing, since as time in the studio can cost you a lot more if you are unprepared. It’s pretty much the same now, but sometimes you can get various new ideas or do some changes in few things while you are actually there. A lot of things you do can sound different to what you first thought, once the tracks are starting to be laid down, you know? About the small budget, we did back there the same way we still do today: save up some cash between the band members, get a cheap recording slot (usually evenings), and be at least 80% prepared, knowing what (and when) you gonna do.

Monophono: What do you see as an improvement in your lyrics since then?

Rat: Well, obviously I have learnt a lot more as regards the world and the things that goes on having got older living in it; my lyrics are still focused on the dark side of life and the obstacles that existence throws at you along its winding road. And no! I don’t have any answers to the questions that I keep asking; but I’ll persist on doing it – who knows, some time I might get an answer to some of them…

Monophono: Looking back to tunes written 40 years ago and seeing the exact same problems in the world here, 2020 – how is it? It brings you disillusionment and tiredness, or makes you even more thrilled to keep screaming against everyday horrors?

Rat: Yes, things that we wrote about are still relevant today, unfortunately – not of our doing, of course, but people of a higher order. You know, not much has progressed regarding the atrocities of humanity against humanity, humanity against the animal kingdom and humanity against the environment, but hey, we will continue to shout, and one day our voices will be heard or we will be all dead (oh God, what a choice…).

Monophono: Are some of these tunes in the current Varukers setlist? If not, are you thinking about bringing some of them back to live shows?

Rat: A lot of songs from that time are in our setlist! And fortunately, along with the older audience that continues to follow us, the younger generation can relate to the Varukers more than ever, as people and as a band, and it means that they can relate to our music as well, regardless of being the old tracks or the new ones. But, obviously, we always want to add newer songs to the concert, because it makes the whole occasion a lot more exciting for everybody concerned – after all, time stands still for no one.

Monophono: Speaking of live shows, how is the band dealing with this current lockdown situation? How has the UK artistic/underground scene reacted to all restrictions that have been brought by COVID?

Rat: It’s been really tough for everyone over the last year, and it’s still gonna be for a while – but, hopefully, there is a light at the end of this dark tunnel. Because of all of this, we haven’t been able to meet up as a band, but now that some restrictions are being lifted, it seems that we can finally get together to work on new song ideas for a possible 2022 new release, and slowly (but surely) get some tours set up again. While I cannot be able to do anything with the Varukers, I have been working with our former guitarist Paul Miles, who have played on both “Massacred Millions” 12” and the “One Struggle One Fight” album – we’ve put together a group called The Massacred Millions and we are working on an album to be out there as soon as possible; so keep your eyes and ears out for that! Also, I have a project called Undesirables together with Terry “Tez” Roberts from Discharge/Broken Bones; we have a 4-track compact to be released in April on the FOAD Records Italian label. We’re hoping to get Steve Wingrove from Warwound on drums, and then to work on some new material for a potential 2022 full album. So, I’m trying my best to keep busy during these difficult times.

Monophono: To revisit this old material – what sensation does it bring you? Does it make you feel that the cycles are complete?

Rat: It gives us a great feeling that, even after all these years, the Varukers are still as relevant today as when we first started – and we are very honored and grateful to see that we continue to have this great support from around the world. Let’s hope we can all meet up again soon and experience a Varukers gig one more time! We’re ready… Are you???

Varukers live in Planeta Rock at São Bernardo do Campo (1999):